Lyra is committed to becoming a fully decentralized protocol, using token-voting to delegate council representatives that will shape the direction of the DAO and protocol. As such, we are distributing 13.25m LYRA tokens (1.325% of the total supply) to 1,711 valuable community members and 4,434 early users of the protocol.

💡 Read on for the methodology

Constructing a token distribution system for an L2 native options protocol is a tricky problem. There are a few competing goals:

Goals 1) and 2) conflict with 3) since the cost of a Sybil attack is low on Optimism (due to cheap gas costs). There have already been attempts to Sybil attack Lyra, which narrows the distribution methods available to the core contributors.

The retroactive rewards will be distributed to the following groups:

The methodology for the distributions per group is described in the rest of this blog post.

We wanted to design a method for scoring discord contributors according to both the quality and quantity of their contributions to the discussion. Each discord member is assigned a score based on their character count contribution, with different weights applied to reflect the general quality of discussion in each channel. For example, some of the highest value add channels, like #build-on-lyra and #mechanism, receive a 3x character count boost relative to #general (the baseline weighting). Here’s a full list of the channels and weightings:

Due to the difficulties in mapping characters from non-English languages to English, we:

The CC’s felt this was the fairest way to account for the contributions for non-English channels without having a detailed knowledge of linguistics.

Aside from participating in discord discussions, there have been a number of ways for members to contribute to the community. These contributions are assigned a multiplier value, which is used to boost a given user’s score.

The relevant multipliers and role descriptions are given below.

Citizen role: A fairly straightforward proxy for Discord engagement and a good way to build awareness about the Lyra community. Anyone who updated their Discord PFP with a Lyra hexagon is eligible for this multiplier to their score.

Vegabonds: The Vegabonds were the initial group of ~50 discord members who voted in the first Lyra council. They were chosen due to their high levels of engagement for the first month after Lyra’s discord became public.

Trading Competition (the Legion Role): This was given to anyone who authenticated via Discord for the Lyra testnet trading competition.

MVPs: (and runner ups) were chosen per community call by the Lyra Council, for contributions in the Discord. This was either in the form of engagement and helpfulness within the discord itself, or for more specialized tasks like assembling Dune analytics dashboards.

Month Multiplier: To reward early participation in the Discord, If the user sent a message in August, July or June, then they received a total score multiplier of 1.05, 1.10 and 1.15 respectively. These are not additive, each user is entitled to the maximum of these that they are eligible for.

Only users with a final score of greater than or equal to 100 were eligible to receive LYRA tokens. This is a low threshold (potentially as little as 60 characters typed in the Discord, depending on multiplier eligibility). A low threshold was chosen to maximize the number of users eligible to participate in Lyra governance. This does mean, however, that there is a long tail of eligible users which will make the final distribution look more skewed than in reality.

Users that met this threshold subsequently had their raw scores fed through a Box-Cox transformation function, which smooths the distribution of tokens across users in order to ensure a high degree of distribution for governance tokens. The Box-Cox function is as follows, with lambda set to 0.6:

To attain Alice’s LYRA token allocation, her boxCoxScore is divided by the sum of the boxCoxScores attained by the n eligible Discord members. This represents her fraction of the 8,000,000 LYRA distributed. In sum:

Note: The Lyra Council are outstanding members of the community. However, given the role that the Council position has played in necessitating discourse, the Council will incur a 50% penalty applied to their raw character scores.

The 3,000,000 LYRA for retroactive trading rewards is distributed according to the net premiums traded (opening and closing trades) for each address, with a minimum premium traded of $50 to be eligible. The traded premiums per user are then fed into a Box-Cox function identical to the one used for the community distribution (lambda = 0.6) to yield a traderBoxCoxScore. The 3,000,000 LYRA is then distributed to each address in proportion to its score.

A minimum of $50 in premiums traded is necessary to filter out users who were attempting to tick a box to try and qualify for an airdrop. Given the low cost of Sybil attacks on L2, it was imperative that this bar was not set too low. A $50 minimum premium roughly translates to $3 in fees paid to the Lyra AMM, and would only require around $25 in upfront capital (aside from gas fees), given you could open and close a position. This threshold was met by 1,979 addresses.

The pre-Ignition LPs were arguably taking on the most risk by depositing into a brand new AMM. This early support and risk-taking make them a good candidate for a rewards boost in proportion to their contribution to the pools. Moreover, LPs in rounds 1 and 2 received around 3x fewer rewards per $1 of capital compared to Ignition LPs, so this boost effectively equalizes their returns with Ignition LPs.

LPs for the ETH pools in rounds 1 and 2, and LINK round 1 pool will receive the following boosts: 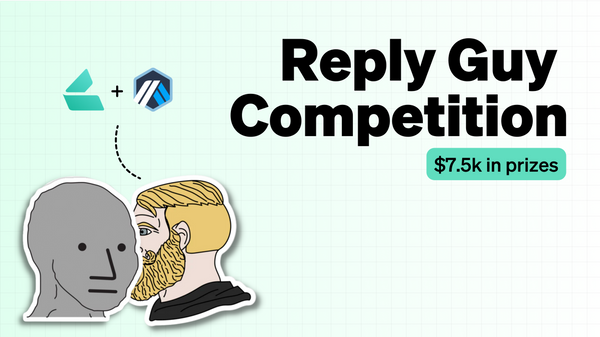 reply guy [ ri-plahy gahy ] A reply guy is a term for a man who frequently comments on tweets. It can also refer to a person who frequently and zealously responds to posts from famous people on Twitter. Lyra Grants is sponsoring a competition to educate the community about the Lyra

The Lyra Protocol will soon deploy on Arbitrum, our first step in multichain expansion. To avoid liquidity fragmentation across multiple L2s, Lyra will migrate to Ethereum mainnet as a secure and unbiased home for staking. In addition, migrating LYRA staking to mainnet introduces the following benefits: On-chain staking Staking rewards 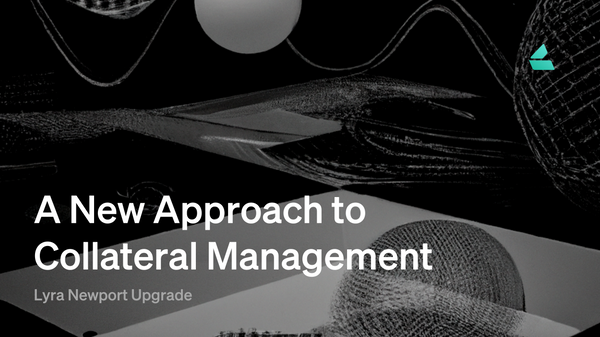 As we approach $1b in notional volume traded, it’s time to take another step forward in the evolution of The Lyra Protocol. This blog will share the implications of the Newport upgrade, covering how we’ve extended the protocols capability to integrate with any perpetual exchange on any EVM