Lyra’s OP incentives have been live for about two weeks and the results have been fantastic so far! TVL increased by almost +400% from $3.5 million to $17 million and while an increase in TVL usually leads to a decrease in APY the vault's fee performance continues to hold steady in the 20-30% range.

☄️ Learn How to Boost Your Lyra Rewards

If you haven’t noticed you can boost your ETH MMV rewards by up to 2x by staking! If you’re curious on the specifics you can read the details in LEAP-26 and for all of Lyra’s left curve users Dillon was kind enough to meme it out for us below. The TLDR is that you can maximize your ETH MMV OP rewards by staking up to 2x the amount of liquidity you’re providing to the ETH pool.
https://twitter.com/dillonlin_/status/1554815122392043521

Traders will now be eligible for a rebate on fees paid for opening and closing trades in a blend of both LYRA and OP rewards. The fee rebate percentage will grow logarithmically up to a maximum of 50% based on how much LYRA the trader has staked. The choice of a log based function means that users with small amounts of stkLYRA receive the vast majority of this rebate, making the benefits of holding stkLYRA available to all holders. Trading rebates will be distributed as stkLYRA and OP at the end of each two week epoch. For the specifics check out LEAP-26 and if you’ve been waiting on the sidelines to stake or trade now is the time!

Now that the ETH Market Maker Vault blew right past the $7-$10 million million dollar threshold liquidity was finally deep enough to re-launch the Bitcoin options market on Lyra! It’s been live for just under a week and LPs have already deposited over $2 million in sUSD liquidity earning between 6% and 12% APY depending on whether you’re fully boosted.

The only thing better than bitcoin options launching is being able to buy those same options three months out! ETH open interest has surpassed BTC for the first time as everyone starts to place their trades before the upcoming merge, this feature couldn’t have come at a better time!

Polynomial recently launched their v2 vaults built on top of Avalon. We found a Dune dashboard with v2 stats and the numbers are impressive - over 500+ users have already deposited about $1 million dollars in Polynomial vaults!

On their most recent community call Polynomial announced they are distributing 72,000 OP to ETH MMV LPs to help boost liquidity for their option vaults! They also told us about some new vaults they’ll be launching in the future - a gamma vault as well as a basis trading vault should be live in the next month or so!

At 10pm UTC on August 16th Lyra will be on a Twitter Space with Synthetix talking about the recent Avalon launch. If you can’t attend it’ll be recorded don’t worry!  A lot has been happening recently so you’re not going to want to miss it!

🧵 Lyra Threads You May Have Missed

With the launch of Avalon and the OP incentives there has been a lot of talk on twitter about our beloved volatility engine! In case you missed them here are some of the good ones:

We’re proud to announce that we’ve integrated with Socket. Socket is a complete interoperability stack which allows asset & data transfer across chains, enabling developers to build truly cross-chain apps. Lyra aims to promote the adoption of Layer 2 Ethereum by improving the user experience at every opportunity. 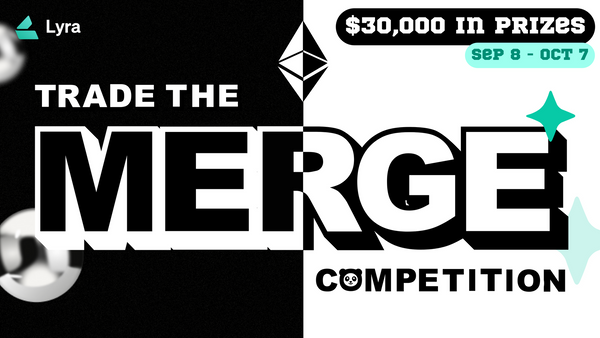 Introduction:We’re excited to launch a new trading competition around the price outcomes of The Merge with over $30,000 (in OP) in prizes. Ethereum will soon merge from proof of work to proof of stake and with any event of this magnitude there will likely be price volatility. 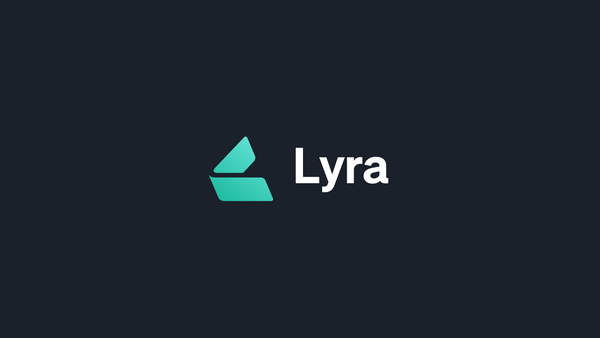 After a month of unincentivized activity on the new Avalon release of the Lyra protocol: LPs have generated 2.8% returns on capital deposited on day 1$20m+ notional volume and $1m+ premiums have been tradedMarket-Maker Vault utilization has been consistently maxed out It’s time to add some fuel